MORE than just a brewery, an EXPERIENCE

The B52 Winery is a celebration of many female pioneers in the history of our United States military. At Lucky Girl Brewery we are known for our craft beers, but we are excited to offer a great combination of red and white wines as well. We wanted to continue the theme of nostalgia and patriotic American ideals that our brewery was found upon, which is why we looked to WWII female military pilots to inspire our wine lineup.

During WWII, the United States realized that there was a shortage of pilots. The solution was to train female pilots so that male pilots could focus their efforts overseas. Thus was born the Women Airforce Service Pilot program.

The women who made up the WASP program had very diverse backgrounds. Trainee Adaline Blank wrote to her sister from Avenger airfield. “There are salesgirls, college girls, teachers, stenographers. Every type and size but we all have this in common- our hearts are in flying, so come what may, nothing else matters.”

The 27-week-long WASP training was designed in many ways to mirror male cadet training. From six in the morning until ten at night the WASPs studied, cleaned, marched, completed physical drills, and flew. Although the graduates never participated in combat, their services were invaluable to the military.

Many of the WASPs were sent to different air bases around the country to teach male officers how to fly military aircraft. As you can imagine, a great deal of the women experienced gender discrimination in these roles, but they continued to serve and do their best to prepare the male pilots for combat.

One of the WASP’s primary responsibilities was to ferry planes from factories to military bases all over the country. It wasn’t uncommon for the women to fly multiple different types of aircraft on any given day. Perhaps their most dangerous task was to pull tow-targets through the skies for ground and air gunners to use for target practice. These were canvas targets tied to the back of planes.

Our country’s first female pilots to serve the military all overcame extreme setbacks and hurdles, but remained humble and modest about their services to their country, even after the war. When the program disbanded at the end of 1944, the women were sent home and most received no recognition or proper ceremony. They had flown out of love for aviation and their country and really didn’t expect much in return.

Their services were not fully appreciated until several decades later when President Jimmy Carter signed off on Public Law 95-202 in 1977 to give the WWII WASPS veteran status. Most recently, Barack Obama signed a bill to award the WASPS congressional gold medals.

Here is a brief history of the five women that inspired the wine list at our B52 Winery, several of whom died while serving with the WASPs. 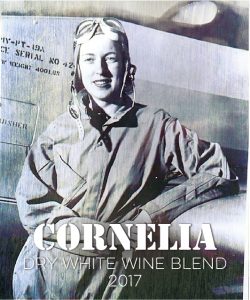 Cornelia grew up in Nashville with three older brothers. When she was five, her dad made the boys swear on the Holy Bible never to fly. At 21 years of age, Cornelia began taking flying lessons, telling her parents that she had never sworn the oath that her brothers did. In December of 1941, she was working as a flight instructor at a civilian airport in Honolulu when Japanese fighter pilots attacked Pearl Harbor. A Japanese aircraft almost took Cornelia out of the air, but she managed to safely land her plane. Cornelia was the first WASP to die in active duty in the spring of 1943 while ferrying BT-13s to Dallas Love field alongside six male pilots. The planes were flying too close in formation when Cornelia’s wing was clipped. 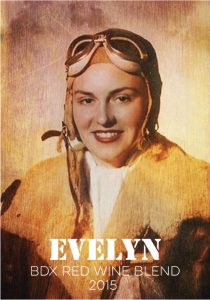 Evelyn Sharp, or “sharpie” completed her first solo flight at sixteen. Local Nebraska businessman funded her first airplane, and she paid them back with the profits she made during stunt flights. After training over 350 men to fly, she became America’s first female airmail pilot. Evelyn was 24 years old when the P-38 pursuit plane she was flying blew an engine during takeoff. 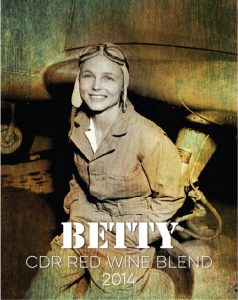 Betty grew up in Santa Barbara, California and completed her WASP flight training in Fort Worth. She was completing a cross-country training flight in an AT-6 when part of the plane caught fire over Arizona. A local miner spotted her parachute descending, but when he and several other men went to go find her, she was not in good shape. The men wrapped her in a blanket and took her to a hospital where she eventually passed. The events involving Betty led to a parachute training system being implemented at Avenger airfield in Texas. 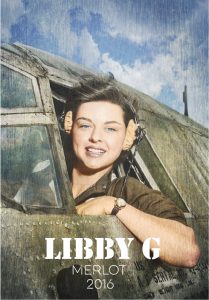 Libby helped the military in many fashions, including training pilots, ferrying aircraft, and towing aerial targets. She became the subject of a well-known photograph while sitting in the pilot’s seat of a B-26, which has been printed in many archives and history books. Part of her training was completed under the supervision of Paul Tibbets, who later dropped an atomic bomb on Hiroshima. 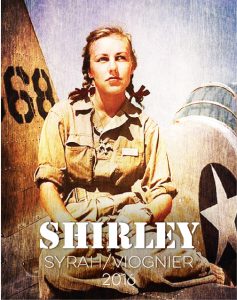 During her youth, Shirley attended a prestigious ranch school for girls. She had dreams of becoming a jockey and winning the Kentucky Derby. Shirley flew some of the most notoriously difficult aircraft to fly during the war, the B-26 and the P-39. This got her placed on the cover of Life magazine in 1943, becoming a common face for the WASP and their services to the country. Shirley eventually married her field flight commander, Major Berkeley.